There lies a common misconception in the modern idea of anthropology and history that the racial composition and population demographics of a region can somehow remain static throughout the ages, despite migrations, conquests, trade, territorial changes, emancipation of foreign slaves and a host of other factors. One of the main subjects of such an erroneous superstition is the Levant of antiquity, notably the ancient land of Canaan under Israelite occupation.

Although the 'native' Canaanites and other bastards of this land (Gen. 15:18-21) are various tares that make up the ethnic composition of the modern jew, the Israelites were without any shadow of a doubt a White population up until the point when they were exiled into Assyrian and Babylonian captivity in the 8th and 6th centuries BC for harlotry with these mongrel nations. 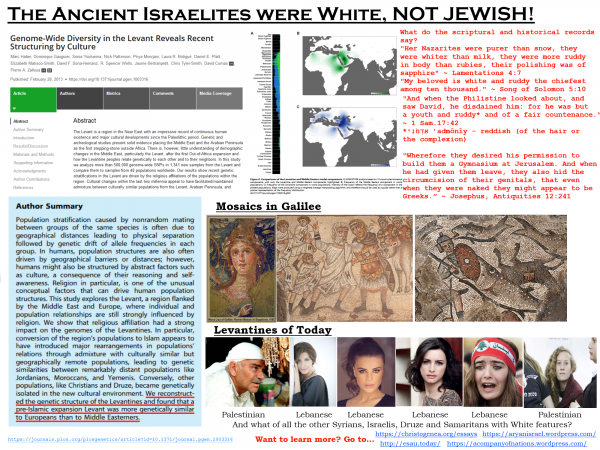